With the holiday shopping season upon us, new-to-NOLA residents might be wondering where the best places are to get all of their shopping done. While I’m big into shopping locally at the unique New Orleans boutiques that call Magazine Street and the French Quarter home, sometimes you just have to make a trip to … the mall! Here’s an overview of the shopping malls around New Orleans, and what makes each one special.

The Esplanade Mall in Kenner (image via http://www.simon.com/mall/the-esplanade)

Even after living here 11+ years, there’s always something new I’m discovering about this city, and one of my recent discoveries was at the Esplanade Mall in Kenner. I made a trip there to check out the only LensCrafters in the New Orleans metro area (the next closest one is Baton Rouge).

My friend had mentioned that the Dillard’s in Esplanade Mall is now a special outlet location: Dillard’s stores from around the South send their clearance merchandise there, with prices averaging over 65% off the original retail price. Walking around the store sort of made my head spin, but if you’re a bargain hunter and love to spend the time to dig for some amazing deals, it’s worth checking out. Their men’s section also appeared worth a peek, since men’s fashion tends to be more timeless.

If you want to avoid some of the crowds, Esplanade Mall can be worth the drive to Kenner.

Another alternative is Oakwood Center on the Westbank in Gretna.

I’d heard rumors about the Forever 21 in Oakwood mall being better than the one in Lakeside, so I went with a friend to check it out. We went on a Saturday – not only was the store almost empty, it was much bigger, less picked-over, and it even had an entire room devoted to denim! Here’s the full store directory.

The Riverwalk Mall is currently undergoing renovation and re-branding as an upscale outlet mall, with plans to open its new stores in 2014. Until then, it’s worth the drive to either the Gulfport Premium Outlets in Mississippi or the Tanger Outlets in Gonzales (just this side of Baton Rouge). Both offer a GAP outlet – my personal favorite place for affordable jeans!

The Shops at Canal Place

The Shops at Canal Place (via TheShopsatCanalPlace.com)

If you’re looking for luxury, you’ll want to head downtown to The Shops at Canal Place. They’re home to Anthropologie and Saks Fifth Avenue, plus you can get a little local flair at NOLA-based jewelry company Mignon Faget or shop the locally handcrafted goods at RHINO Gallery. It’s also just a short stroll to the only Urban Outfitters in the metro area and the brand new H&M, the first and only location currently in Louisiana.

This holiday season, please try to shop local as much as possible (it’s better than the headache of mall parking lots, plus it’s good for the New Orleans economy), but when you gotta hit the mall, I hope these tips serve you well!

Mallory, aka Miss Malaprop, has been writing about indie fashion and DIY lifestyle since 2006. A native of Gulfport, Mississippi, she’s lived in New Orleans since 2002. 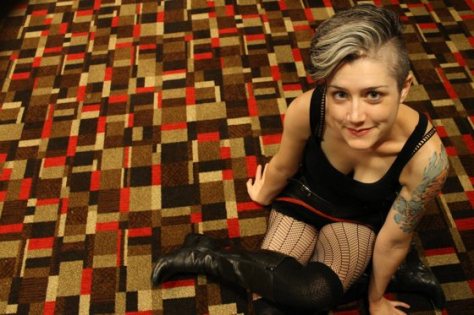 Mallory AKA Miss Malaprop (via http://www.missmalaprop.com/)